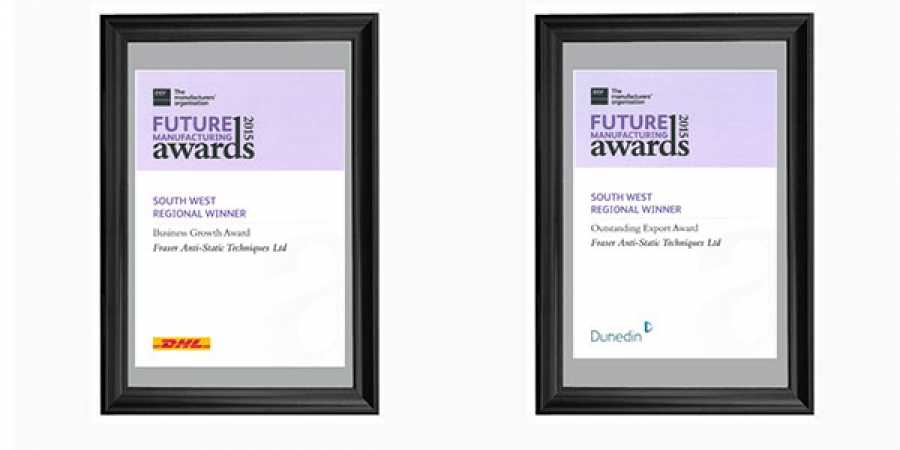 26 October 2016 Fraser is very pleased to announce that after having been nominated for an EEF award earlier in the year, we have recently won the Business Growth Award, sponsored by DHL Global Forwarding. The award celebrates the achievements of manufacturers that have achieved dynamic business growth through actively managed and consistently delivered growth strategies.

Fraser Anti-Static Techniques was selected by a panel of judges drawn from business leaders, industry experts and academics and was up against stiff competition from a range of impressive businesses, small and large, from across the region. The awards ceremony was held at At-Bristol, a leading UK science centre and education charity.

With two regional titles now under its belt, Fraser Anti-Static Techniques will now go on to compete for the national titles at an awards gala dinner in London in January next year.  See also “Award for anti-static firm” in the North Devon Journal.